I made the exact same shirt for the twins nearly a year ago and it was pretty much my favorite thing I had ever (and have ever) made. ( I can't figure out how to put it on the blog so you'll just have to click the link:)  It is the Oliver + s 2+2 blouse and it has been cut out since *gasp* September.  So big twin may not get much wear out of it as it is a little tight on her arms now... and even though I lengthened it to 18m (12m everywhere else) she has had a growth spurt.  But not to worry, I have a spare.  Georgie is 5 (!!!!) pounds lighter and an inch shorter, so she will get good use out of it.  So last night I finally got around to it, and I am happy to say the only thing that bothers me is there is a little pucker on either side of the middle of the patch, but I may be able to take a few stitches out to fix that- it was just way too late last night to deal with it!  That is why I love making patterns more than once, my first was just full of mistakes, the second a little better and this one is near perfection (for my skills).
﻿ 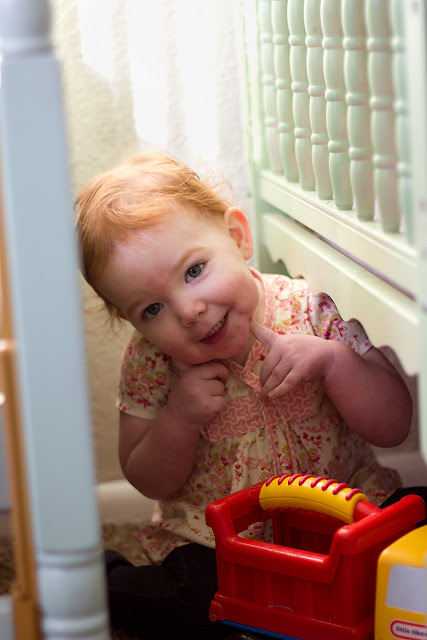 Elizabeth wiggled in between the cribs trying to escape the lens, but she can't resist playing a long with "if you're happy and you know it" especially the line "and your face will surely show it"  as she points to her cheeks and smiles. 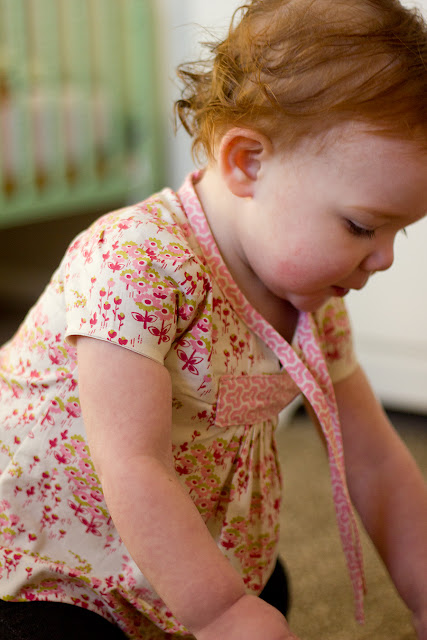 After I pulled her out most of the pictures were like this- *if I don't look maybe she will leave me be!* Nope.  Just look at those curls!  She has hardly any hair on the top and sides, but the back is quite long and curly.  Ben's family is all curly, so I am hoping to get at least one with curls! 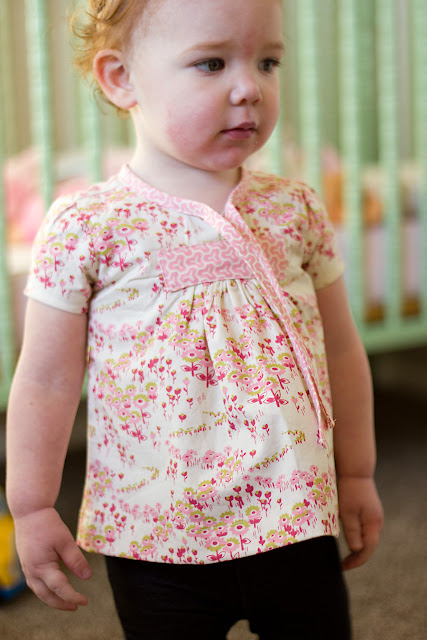 But then one decent one.  I really love this shirt so much, and will likely make one in each size until I run out of these prints.
Posted by brittney at 10:22 AM

Email ThisBlogThis!Share to TwitterShare to FacebookShare to Pinterest
Labels: 2+2, for the twins, Oliver + S