I got a hold of this aaaaahmazing Robert Kaufman gingham and knew immediately what I wanted to do. 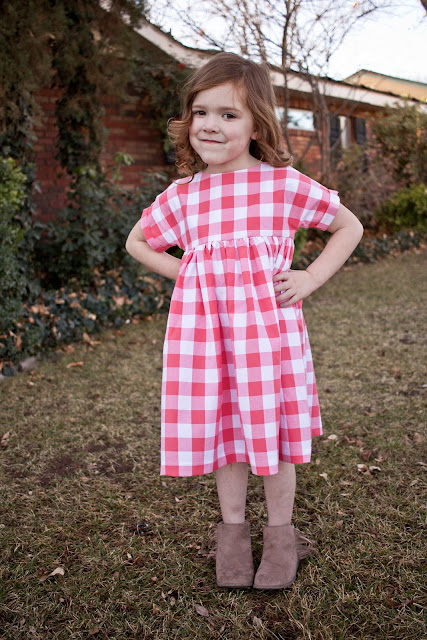 I just didn't know what it was called to figure out which pattern to look for, so I decided to modify one of the ones I already owned.  I used the Oliver and S Playtime Dress/tunic and lengthened the shoulder and under arm area out and lined the bodice instead of using the facings. 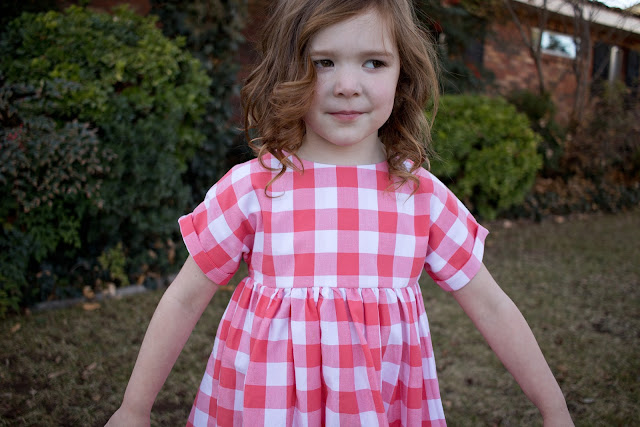 I fussy cut the plaid to near perfection, not going to lie, it was a very proud moment.  However, I wasn't as careful on the back lining pieces so when I folded the arm up it doesn't quite match and it's more noticeable in the back.  So I showed my insecurities and asked on instagram if I should keep it folded up or not and got a definite yes to folding.  So I folded it up just a little more than on my quick cell shot and got it closer to matching then tacked it down.  I realize it is silly and no one else probably will notice if it doesn't match exactly. 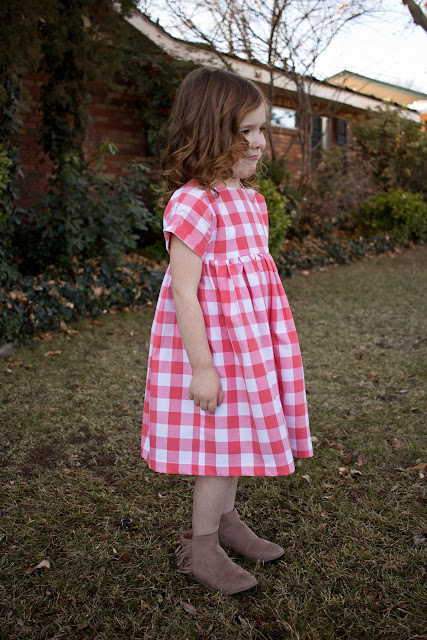 I made a size 4, added some fullness to the skirt and 2" to the length.  I am so excited it came out pretty much how I imagined!
Posted by brittney at 9:33 PM 3 comments:

Email ThisBlogThis!Share to TwitterShare to FacebookShare to Pinterest
Labels: for the twins, Oliver + S, playtime dress

A stack of shirts. 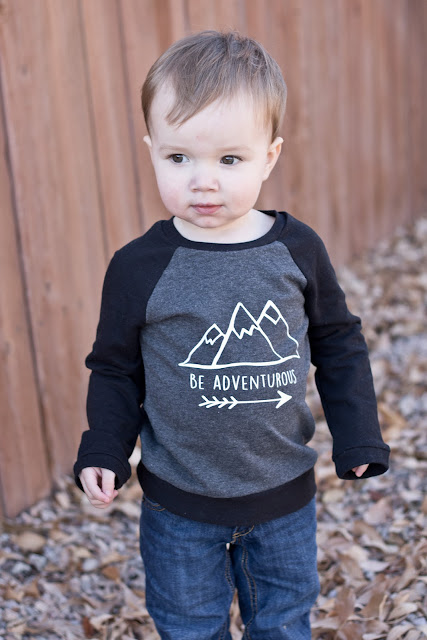 Four of my sister-in-laws are currently pregnant, the one furthest along just had a baby shower this weekend as it's her first.  So of course I had to make my soon to be nephew something fun.  But then I got an amazing idea for a shirt and wanted to make it immediately for Sam.  So in all my procrastinator's glory, I made one for him then started on the baby's gifts.

The baby shower invitations had a picture of three mountains and words about the adventure just beginning.  So I designed a file in Photoshop and used the Silhouette Cameo (my fancy new Christmas gift) to cut some heat transfer vinyl.  I absolutely love the way it turned out, and that's why it had to be Sam's immediately. I was pretty excited that it came out just the way I wanted it being it was my first time designing anything and have only tried out the machine a few times before.

I put it on an Oliver and S Field Trip Raglan, size 18 months with added cuffs and hem band, made in a stretchy french terry. 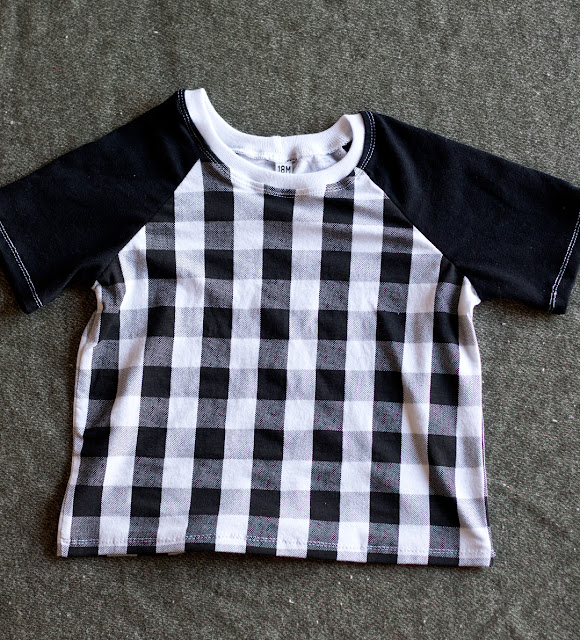 Will buffalo plaid still be trendy in a year and a half?  Maybe not, but oh well.  I nearly kept this one for Sam, ha! 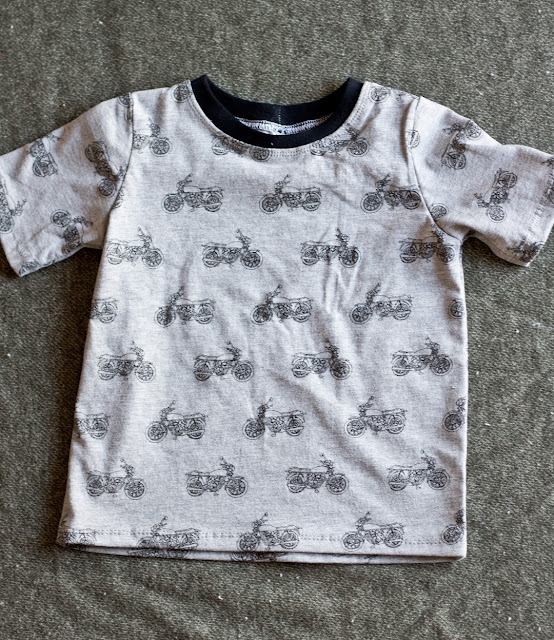 This is the Oliver and S School Bus T-shirt in size 18 months, again, nearly kept for Sam.  I need to quit making stuff to give away in sizes my kids are currently wearing. 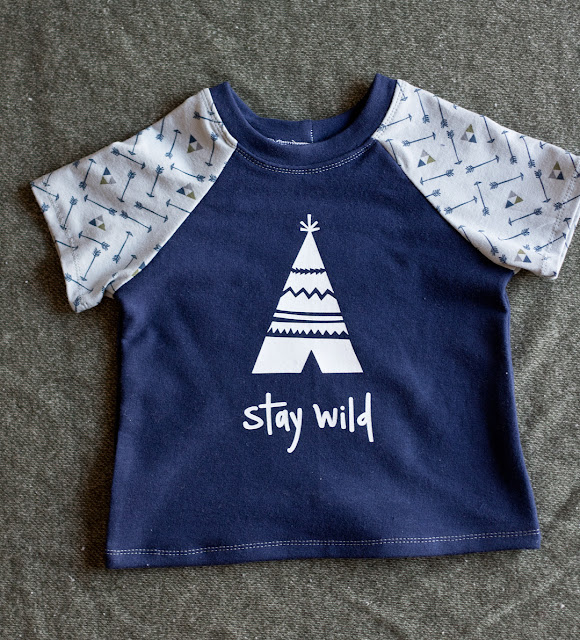 Again with some HTV.  This one is size 12 months. 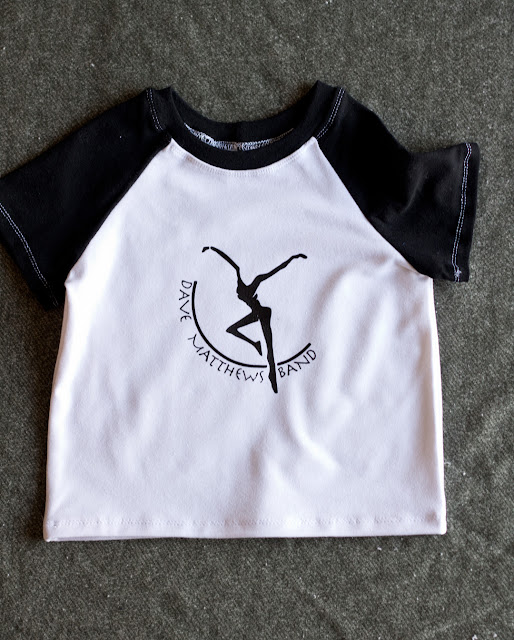 Again size 12 months.  The mom and dad are big Dave Matthews fans, so I knew this one had to be made. 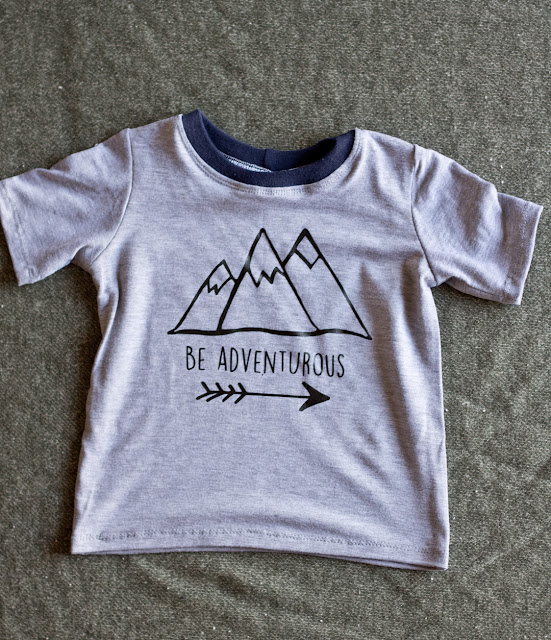 This one is size 6 months in a super stretchy, super soft knit. 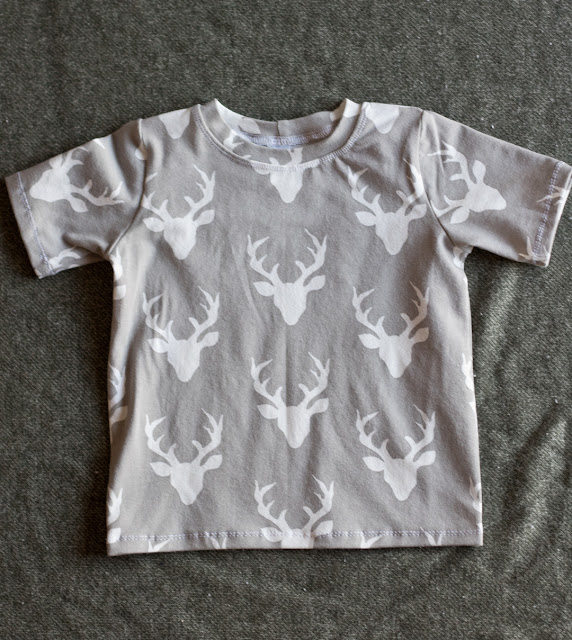 This is also a size 6 month.  I actually squeezed it out of a scrap from a shirt I made for Jack and apparently never blogged.  Whoops.  I have been much better at keeping up on flickr and instagram than here, which is kinda bad since I don't always add sizing notes in other places.

I also decided I couldn't ever be a sweat shop worker, 7 shirts in three days was too much for me, ha!
Posted by brittney at 10:39 PM 2 comments: