I have had this crazy idea in my head for a while now.  When the Playtime dress/tunic was released I immediately thought of a shirt I had seen in Target that had a faux collar of sequins.  The original plan was to make a deep plum version with some white shiny flower sequins that Abby had picked out.  Well, I never got around to it.  To be honest the thought of sewing on a thousand sequins wasn't my idea of fun.  Then I needed a dress for a wedding (that has recently been postponed) right after Christmas and I began to think about my plan again, this time for one of the twins (smaller collar=less sequins! HA!) 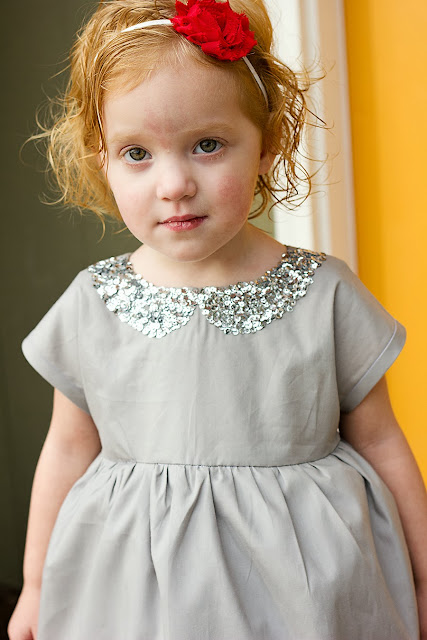 My original plan was to make a black dress with silver sequins, but then my local shop didn't have any black tulle (yep, added some lots of tulle too), so I went with gray.  I really love more "adult" colors on kids.  Don't get me wrong, I am all for bold and brights on kids (obviously) but there is something about the more muted colors.

These dang sequins took f-o-r-e-v-e-r, I didn't pay really close attention, but somewhere in the ballpark of 4 hours.  But I think it was worth it.  At first I was trying to sew two on at a time to save time, but then they didn't lay right so I went with one at a time, and by the end I had mastered picking the sequins up with my needle so I was able to work a lot faster. 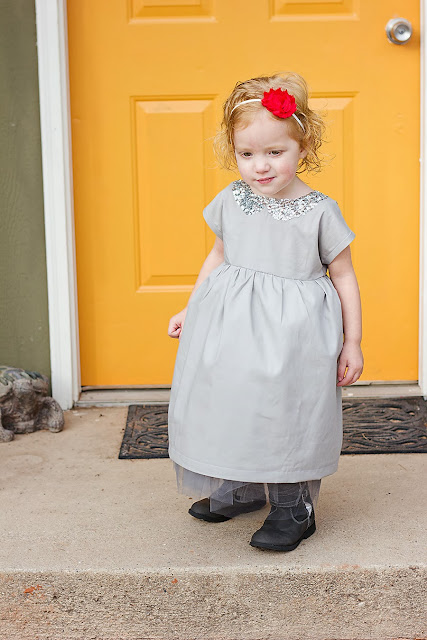 Sweet little George, I put the dress on her and she immediately declared, "I a princess! I Cinderella!" and "I so pretty!".  I think it is safe to say she loves the dress.  I need to figure out other shoes to go with it though... 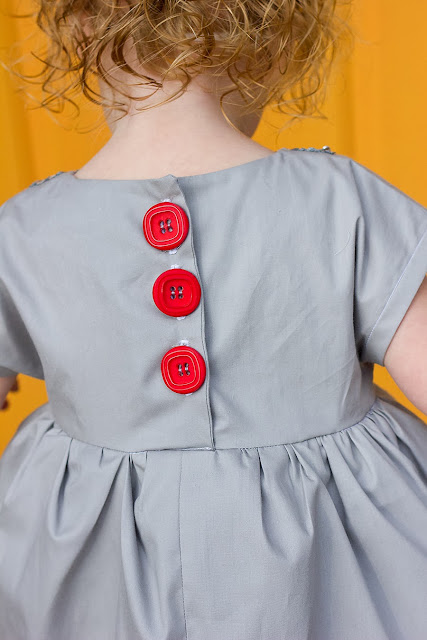 I was struggling with a button choice, I was trying to use what I had on hand but couldn't find anything "just right".  I have had these in my stash for years and always wanted to use them but never knew what for, I think I like them here (too late now, ha!), but I am still undecided.  If I didn't need the dress in two days for a party I may have held off and just went to the store.  The pop of color is kind of growing on me though. 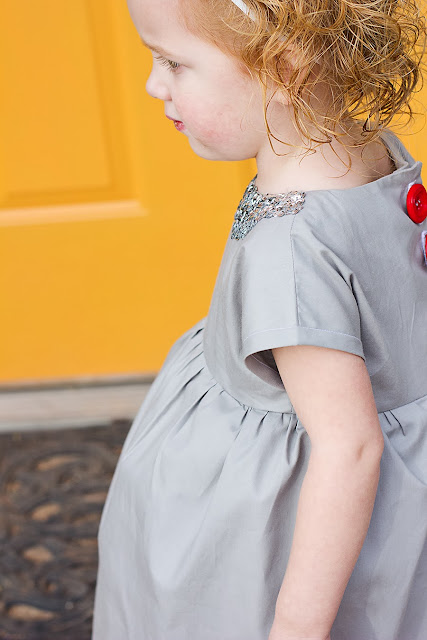 After seeing A little Gray's version the other day I decided to copy compliment her's and use bias on the sleeves.  I had been thinking it would be cute with short sleeves in the summer but thought I would need to add length to account for the hem, but the bias is just brilliant! 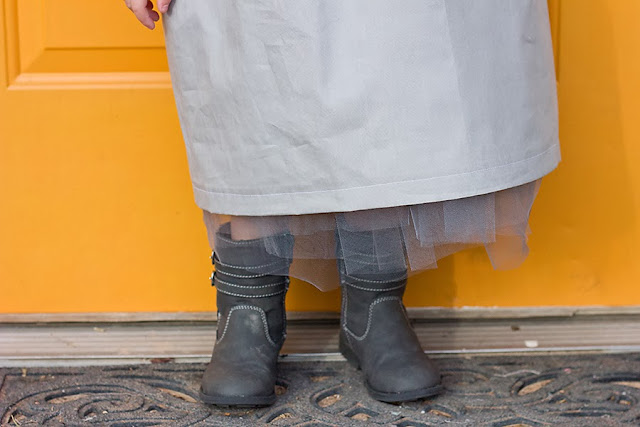 I also added 4 layers of tulle and a lining for the skirt.  I am undecided as of now on the length of the tulle though, and may end up cutting it so as to not poke out the bottom, hm.... Or maybe I will just be lazy and leave it, ha!
Posted by brittney at 4:50 PM

Email ThisBlogThis!Share to TwitterShare to FacebookShare to Pinterest
Labels: for the twins, Oliver + S, playtime dress