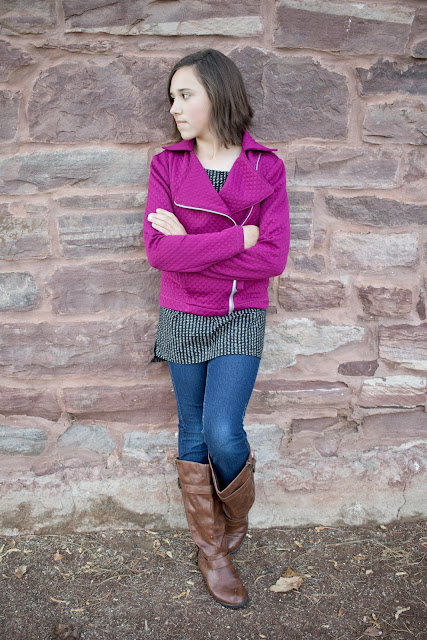 I love, love love Hey June's Junior's pattern line, Adrianna has done a fantastic job mixing staples with fun pieces, like this new jacket- the Conifer (link to come when it is released on Friday).  In fact, after I was finished testing I decided to sew up one view of each of the patterns in the line.  I had to limit myself to one view, because the little girls were complaining it hasn't been their turn for a while (I suck at keeping up the blog lately, mostly keeping to Instagram) and Adrianna rocks at including many views in each pattern so I could have spent a whole lot more time working my way through them. 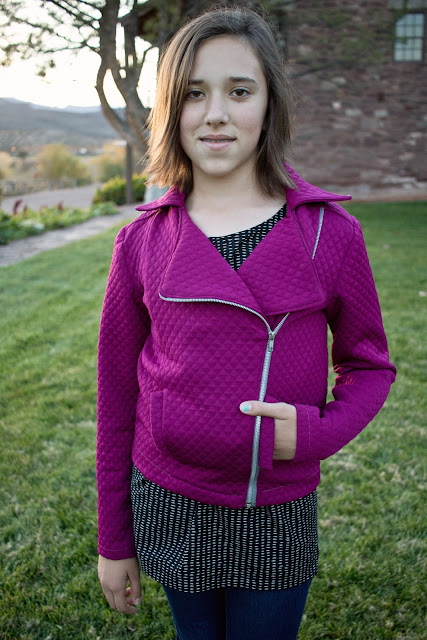 So, the jacket.  This is one is a size 16, when did she grow so much?! I used the regular collar and chose to omit the optional zips on the sleeves.

There is a modified Linville Romper peeking out of this one. 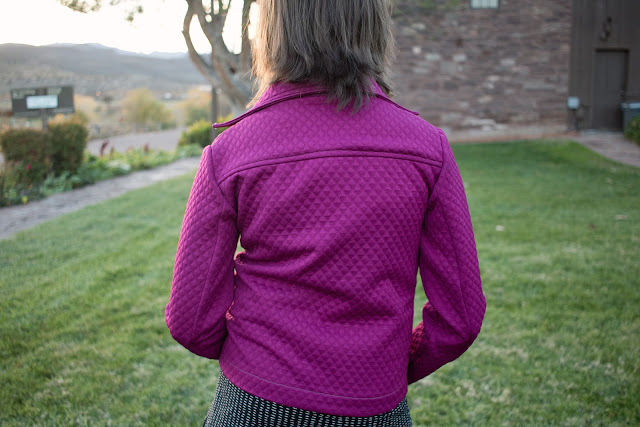 I found this gorgeous raspberry quilted knit from Joann's and chose to use a gray thread for a little bit of a contrast and to match the zipper.  I am undecided on it, but since it was a pain to unpick I just stayed with it, hahahaha!

She really loves this outfit, in fact, it was hanging up waiting for a button on the Linville and she wore it to school the next morning using a wonder clip to close the back.  Ben usually gets up with her and makes sure she makes it to the bus, at first I was annoyed she wore it before pictures (she broke the cardinal rule!) but then I realized it just meant she really liked it. 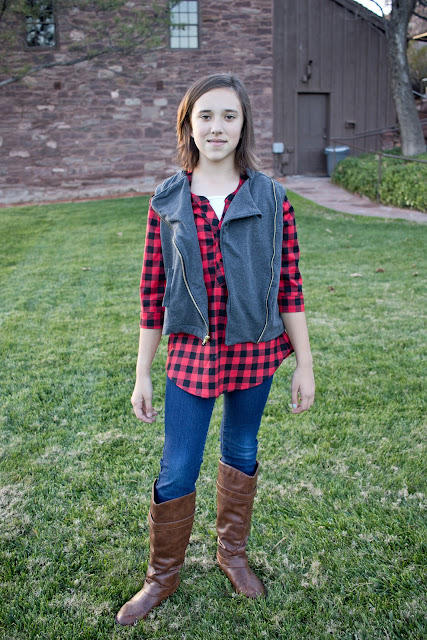 This view is the vest (obviously) made this time in the cozy charcoal french terry from Raspberry Creek, I love this stuff so much and probably use it way too often.  Wait, no, there is never enough charcoal ft in my wardrobe.

For the vest I used the moto collar. 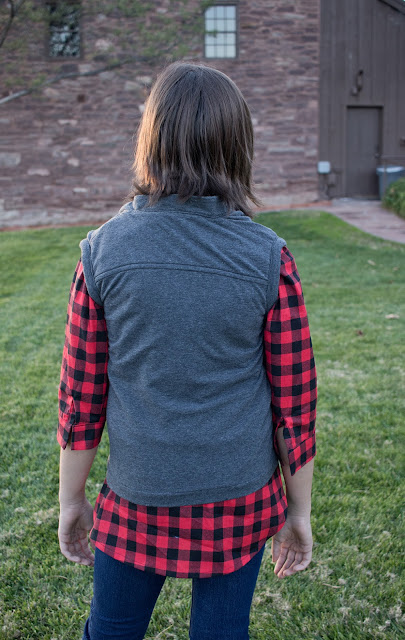 She is also a major fan of the vest, she has already worn it 3-4 times and I basically had to force her to wash it. 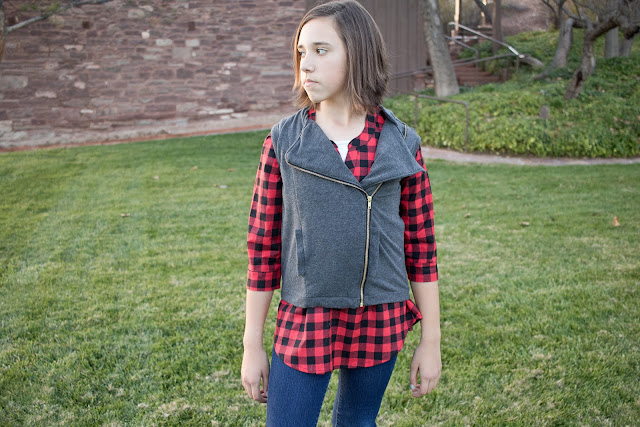 Underneath this one is a Laramie Shirt view b (that will be eventually blogged, haha).  When I made the vest this is the exact combo I had in mind, this is actually what started me down the rabbit hole of all the goodness that is HJ junior's.

All Hey June patterns are on sale at 30% off until Sunday the 27th, though I absolutely think they are worth full price ;)
Posted by brittney at 10:46 PM