So it's Kid's Clothes Week again, and the theme this time is Wild Things, which I can totally get behind.  I haven't sewn along with the theme (save the one time Ben made a suggestion).

I have seen this dress on pinterest quite a bit, and thought it would be fun to try and recreate. 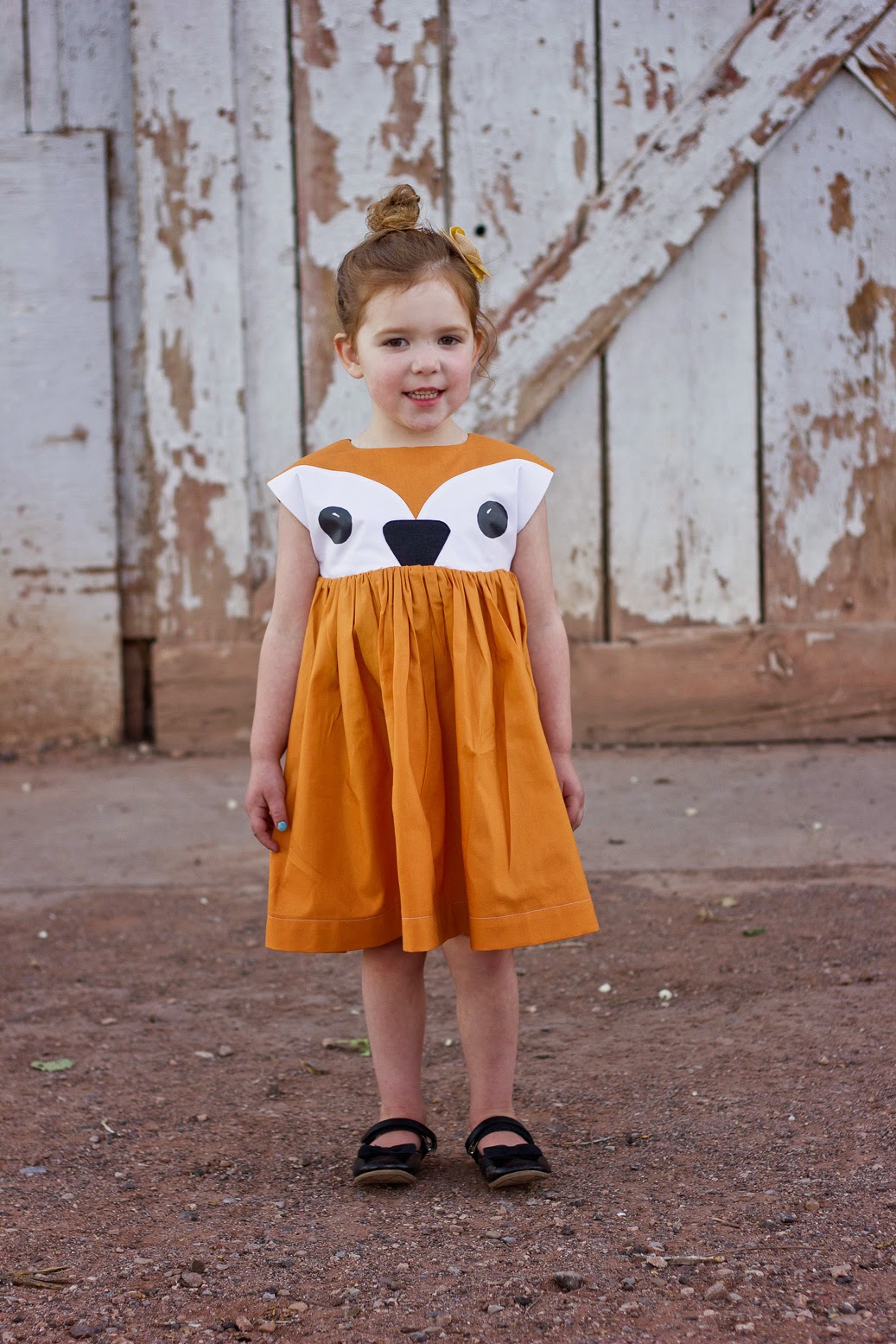 I used the Oliver + S Playtime Dress, size 4.  Just like when I made this pattern last time I fully lined the bodice and left off the sleeves. 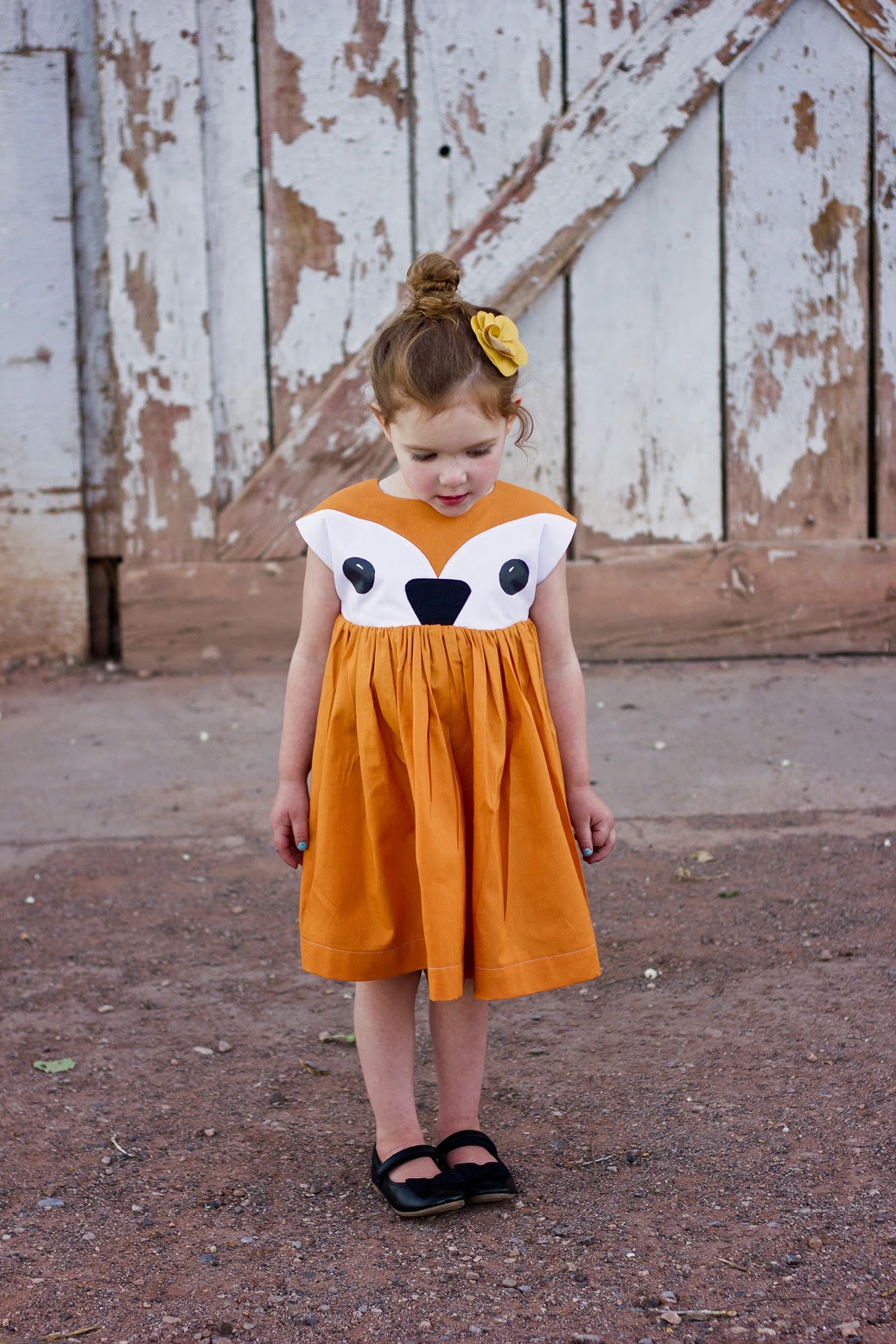 Ben doesn't think it looks like a fox, something about it needing black to make it look like it has ears or whatever.  Kind of like the first thing he said when he saw Sam's shirt was that my applique didn't have enough legs.  Always a critic, but I'll forgive him, even though now it doesn't look quite right to me. 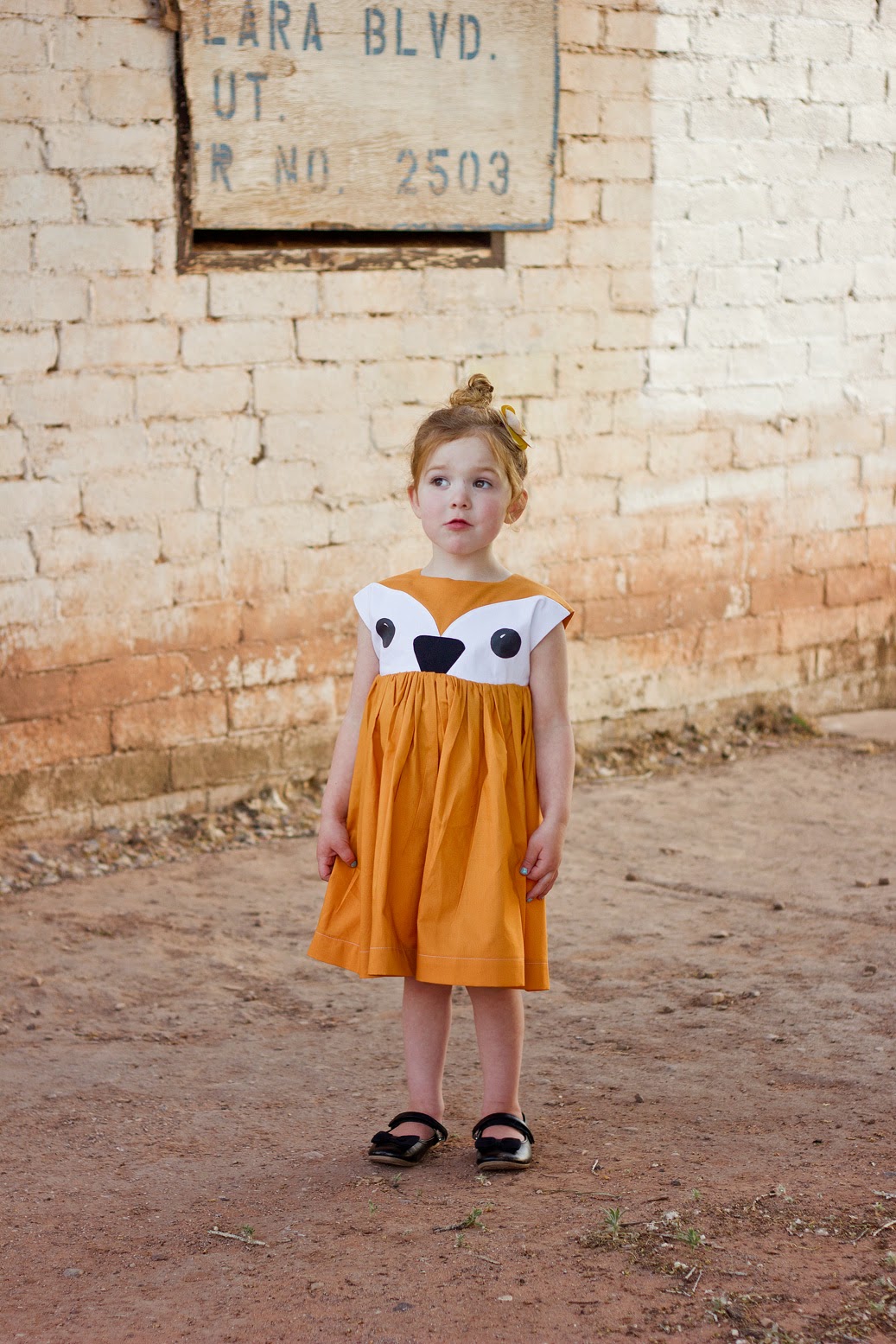 This is her trying to make a fox sound, she cracks me up. 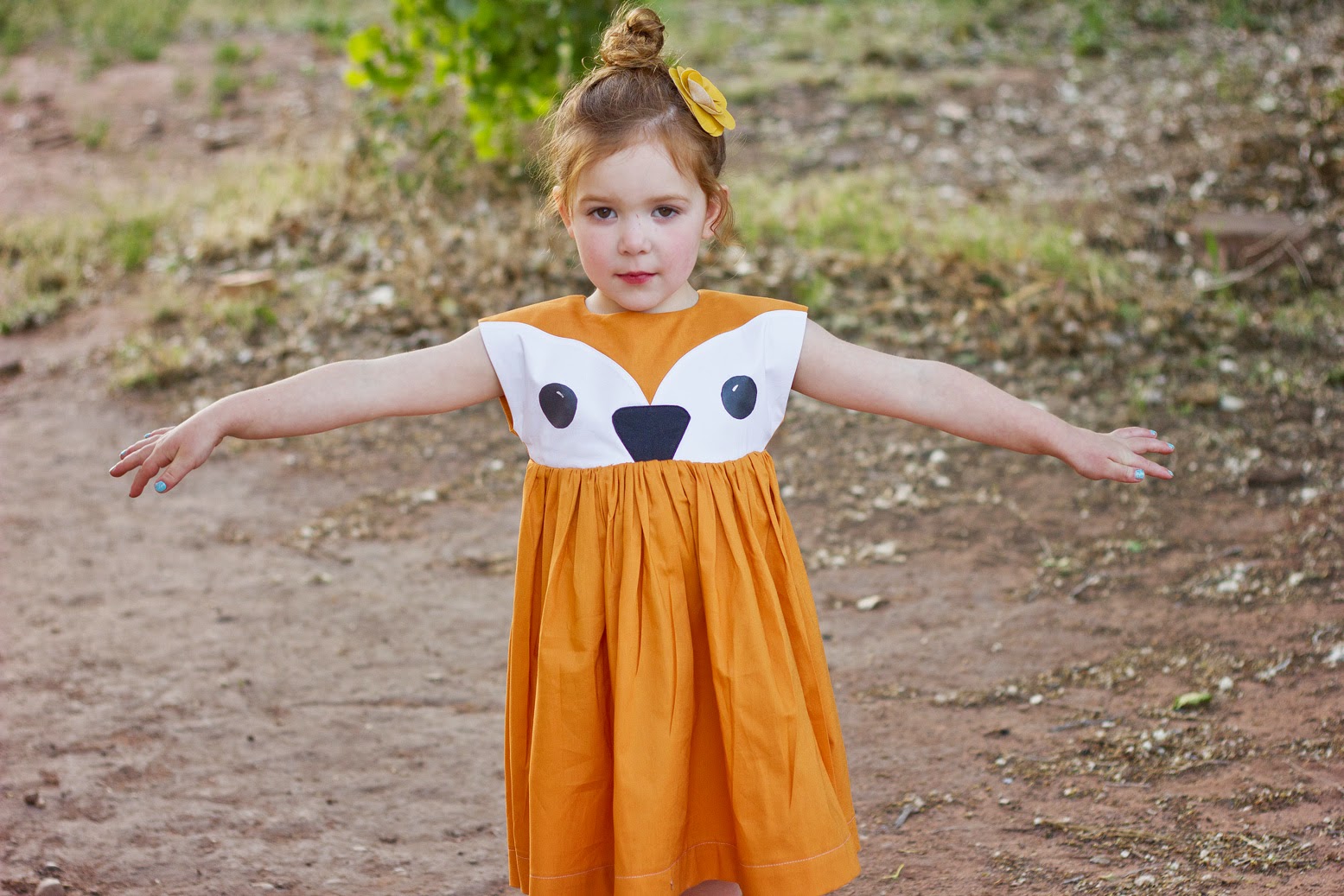 The white and the nose were sewn on, and the eyes are painted. 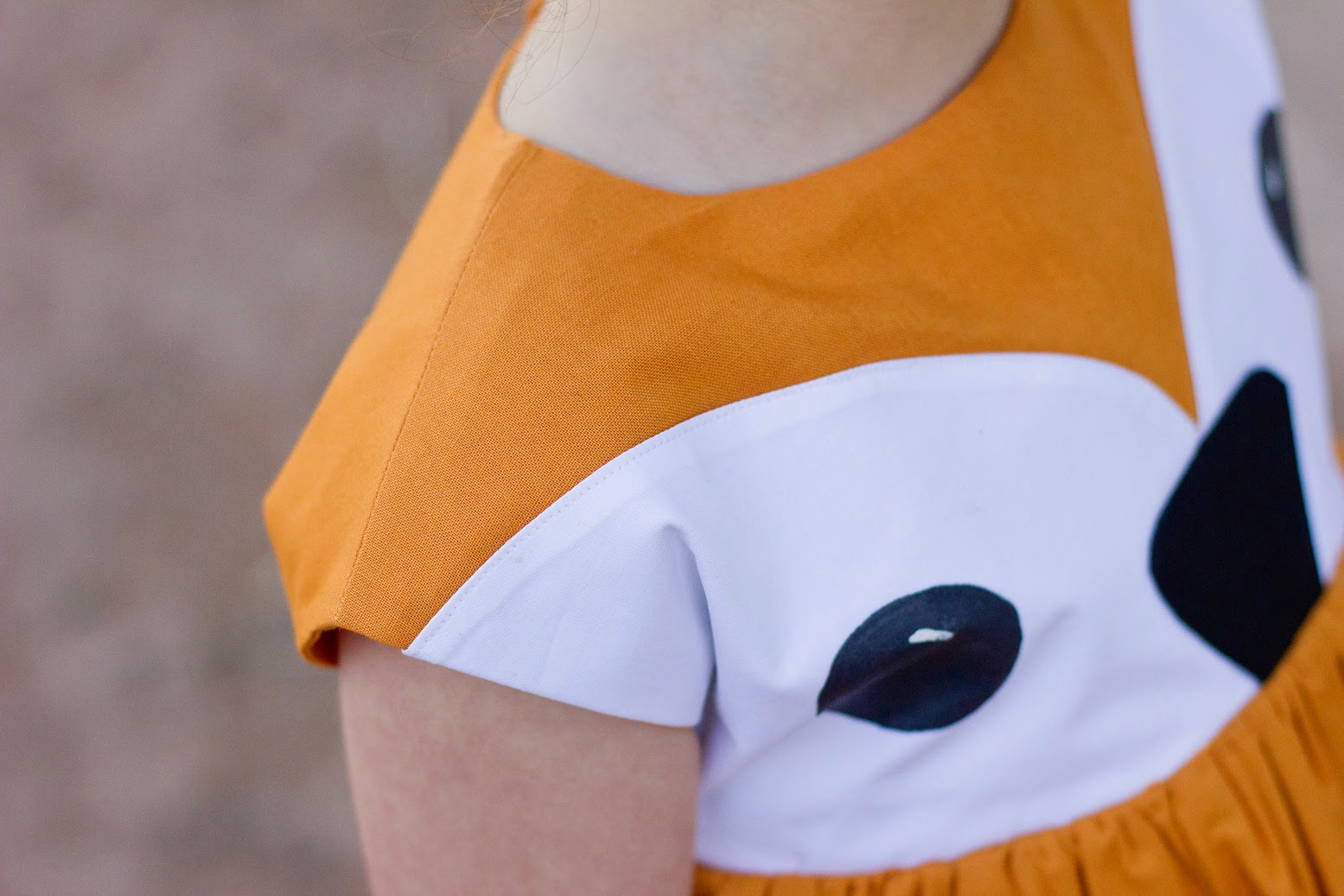 I was worried about the white being see through and also getting a nice curved shape, so I decided to cut two pieces for each side and sew them together.  I sketched out the basic shape I wanted, then added a half inch for a seam allowance.  Then, with wrong sides together I stitched the curve, turned it right side out and gave it a good steam, lined it up on my bodice and stitched one side at a time.  Again, not wanting to deal with getting the nose nice and neat with a single layer, I sewed two pieces together leaving an opening at the bottom.  In hindsight, the white was bigger than I really wanted it to be, but meh. 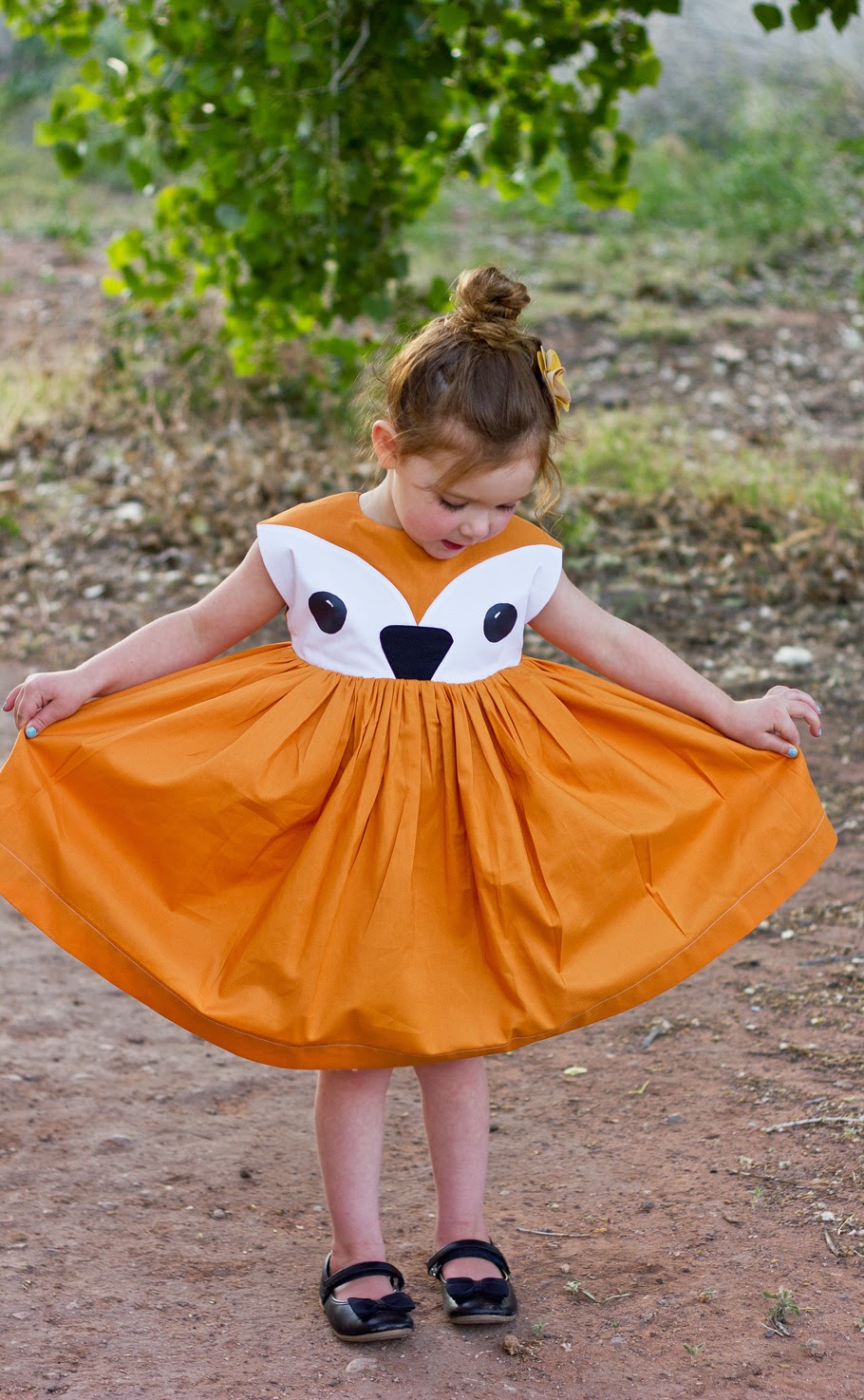 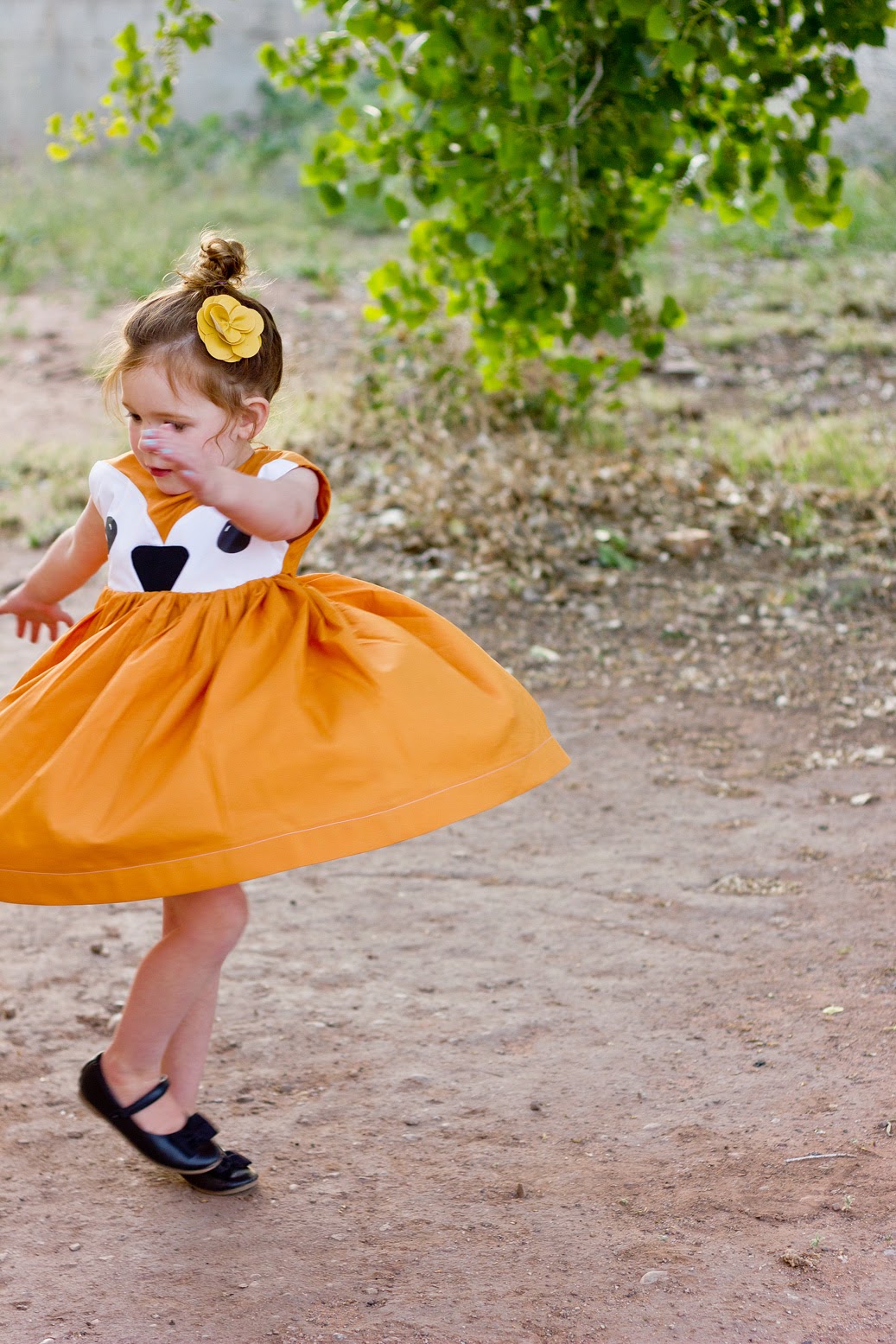 She was SO happy and couldn't stop spinning... until she fell.  Then she took a break. 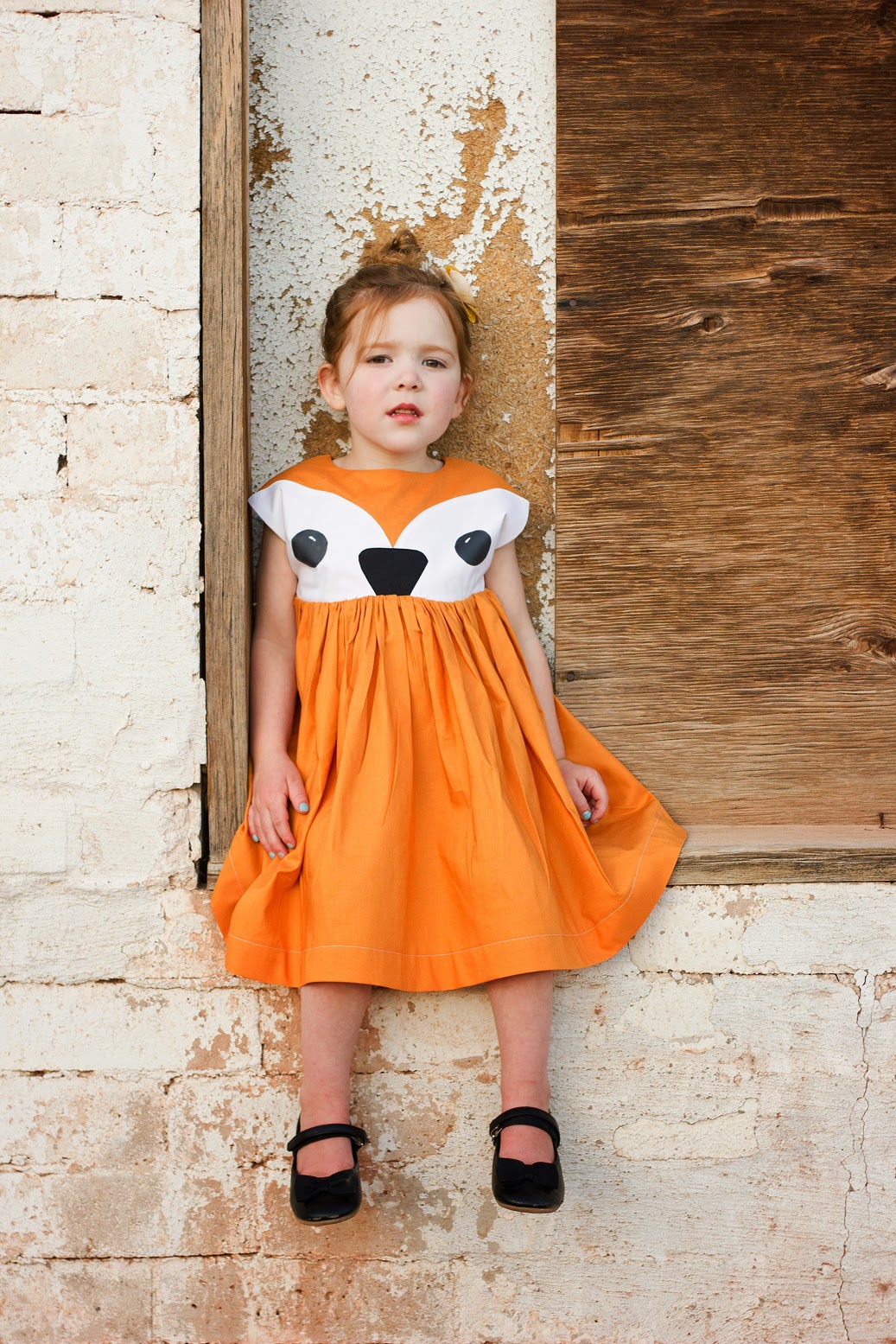 I took her to this neat little abandoned barn down the hill from our house that I see photographers at quite a bit.  I drive past it all the time, but never got the appeal until today.  It has some real potential, even though it is a really small building.  Cool boarded up windows, broken signs, neat doors and a gorgeous tree right next to it. 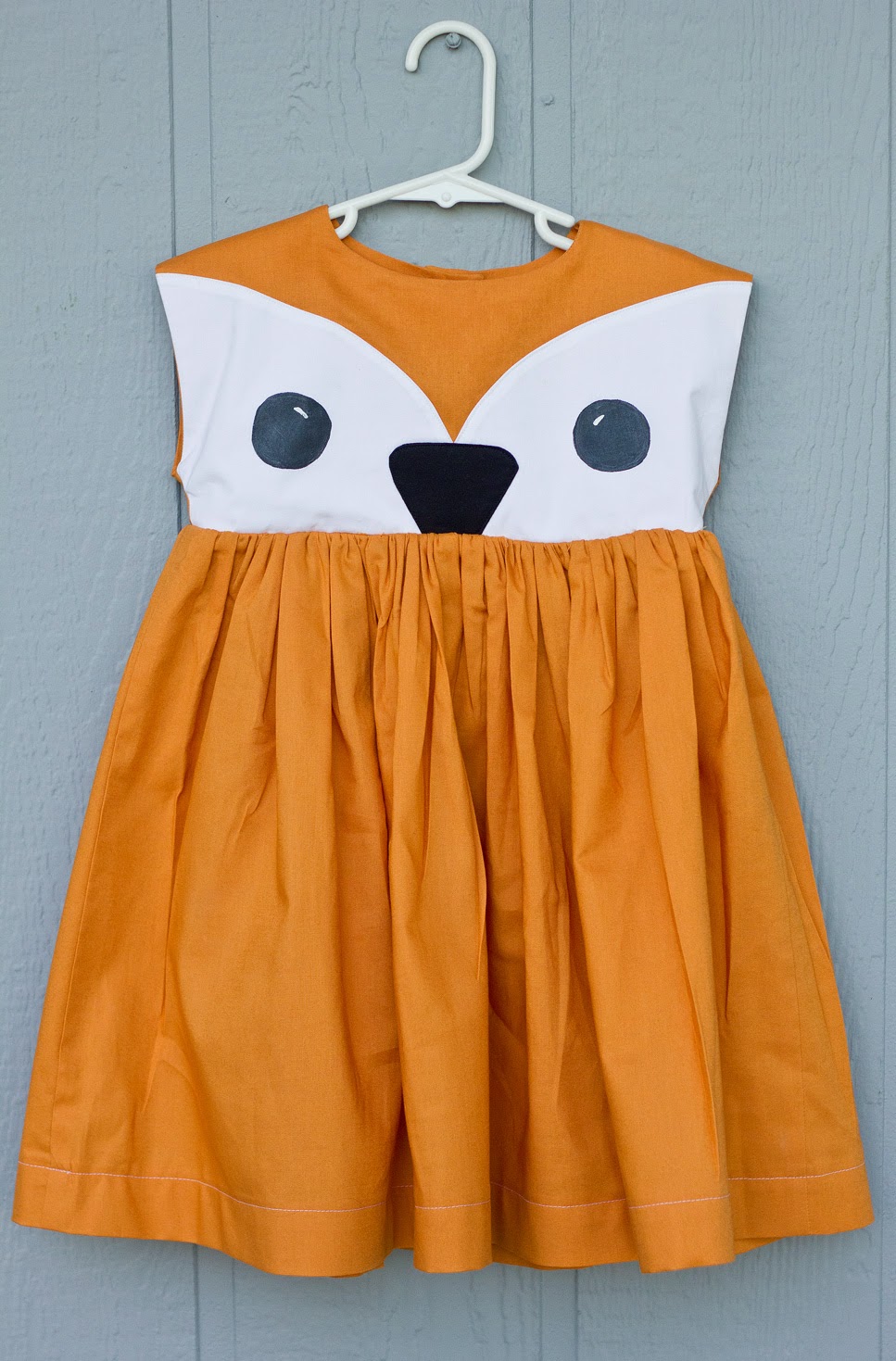 So Ben did say that it looked slightly more like a fox when it was on the hanger, so I figured I'd add a shot of that, in case you are on his side. 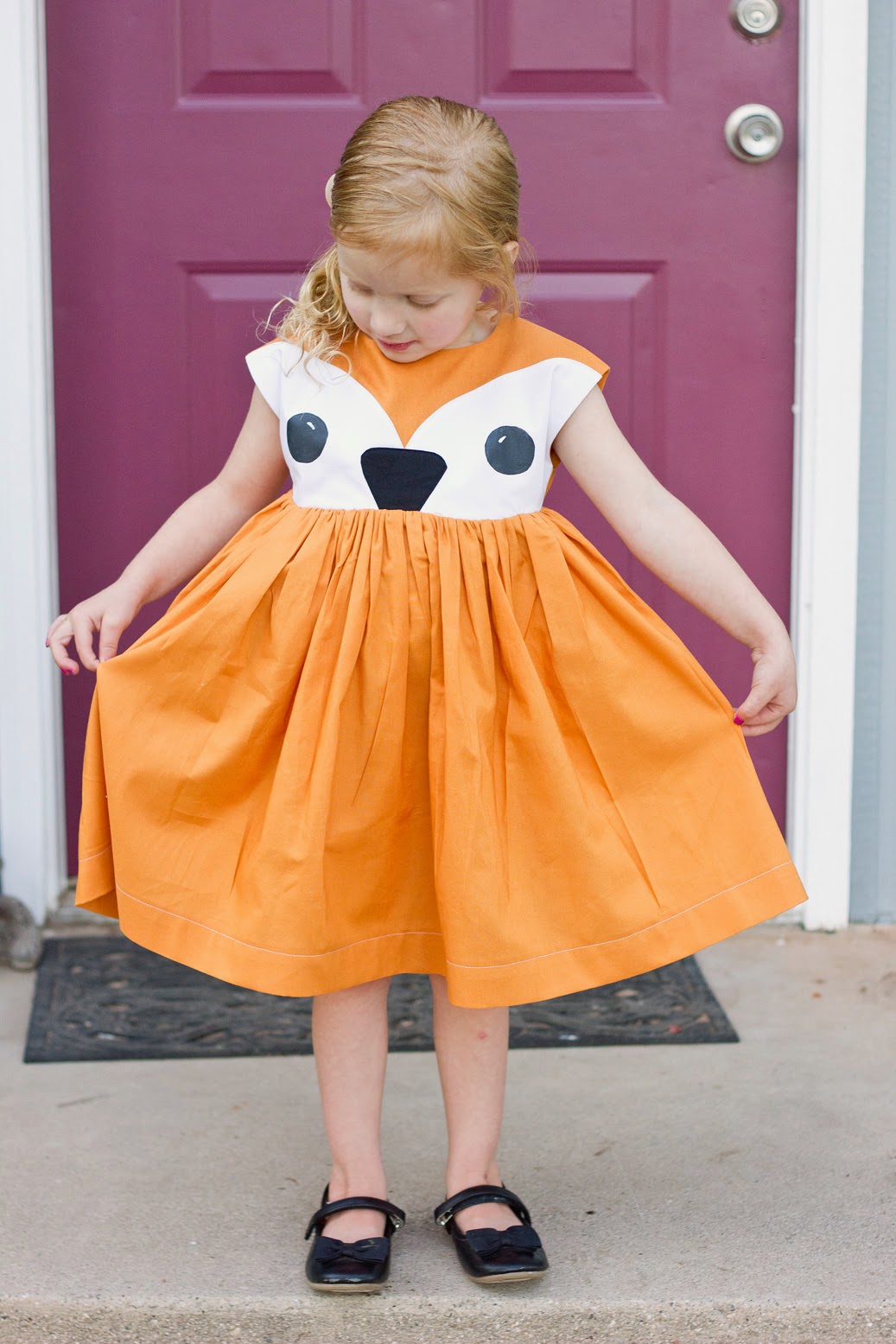 And of course if I take pictures of one twin, the other will want her turn.  She was angry I wouldn't take her to the spot I took Iz, but when I told her I would take it in front of our purple door (her favorite color) she settled.

They are both claiming this dress as their own, hopefully there wont be too many fights...
Posted by brittney at 9:00 AM