Well, I didn't get all my Easter sewing done, but I am okay with that. I had a Oliver + s sketchbook cut out for the boy, but in my mind I wanted a robbin's egg blue for his shirt and I could only find teal. Gr. But then I went to Old Navy on a whim when Grandma had all the kids and found the exact color polo I was looking for. And at only $5 it was a steal! He was a little bummed but I told him I would make his shirt later.

I went with the Oliver + S birthday dress for the twins. Oh, I am in love. And so, so worn out all at the same time. I like to assembly line the twins clothes if I know I am making more than one and that is what I did here... I will revisit this pattern later. I really love it, but it takes me some time. 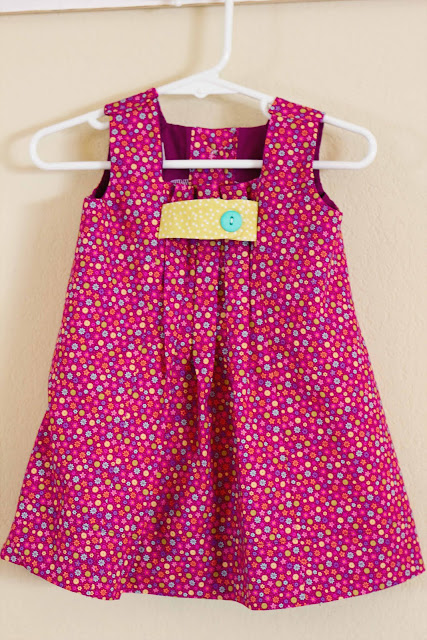 I did this for Elizabeth, she looks good in pretty much all colors, but George doesn't look great in reds and some pink. She may be able to get away with this, but I really like it on Iz. The tab is fabric from Abby's Maggie Mae. 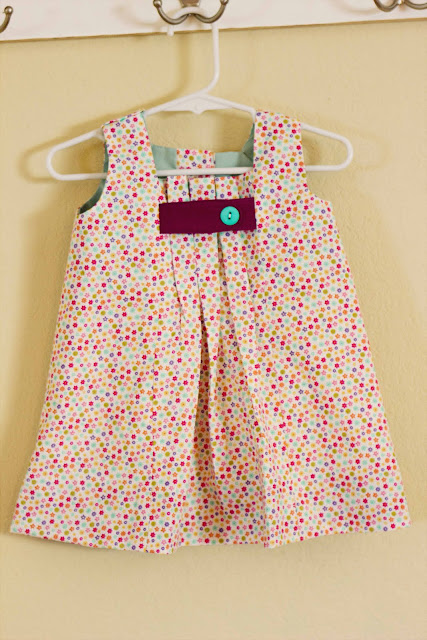 This is George's, they are both size 6m. 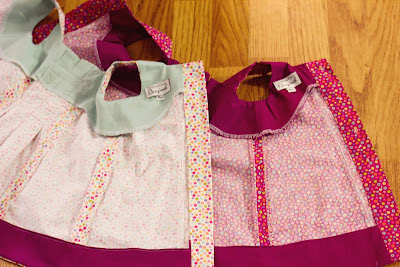 The hem facing and one bodice are fabric from Abby's Maggie Mae, I thought it was fun to have part of them the same and Abby really thought that was special. 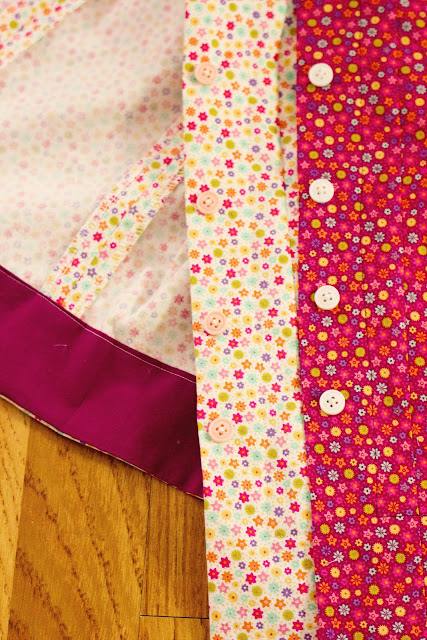 I messed up the darker one's top button hole something fierce, but *sigh* I am okay with it... or that is what I am telling myself. I tested the size on a scrap but I must have messed something up on the first one (obviously) because when I cut the hole and tried to push the button through it didn't quite fit. 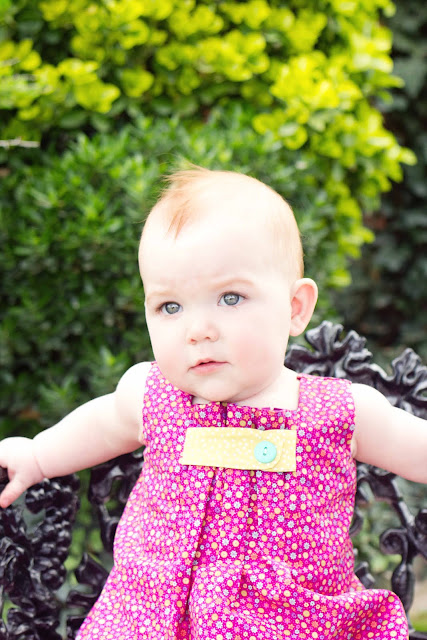 Elizabeth sitting pretty in her dress. 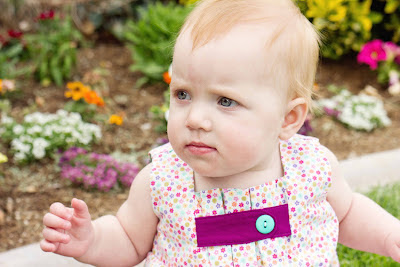 Georgia in her dress. 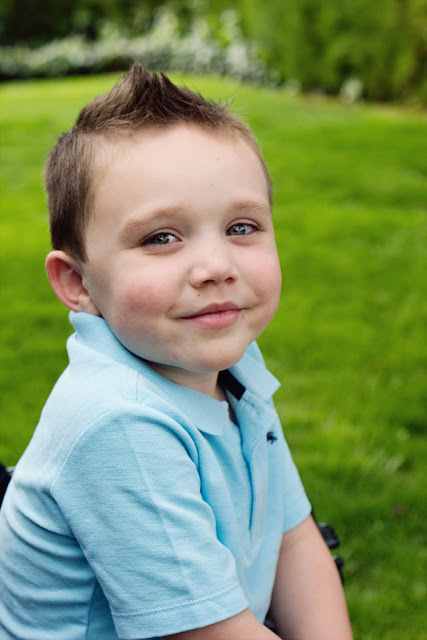 My stud muffin Jack, he has a low tolerance for picture taking. Take them fast or he is done! 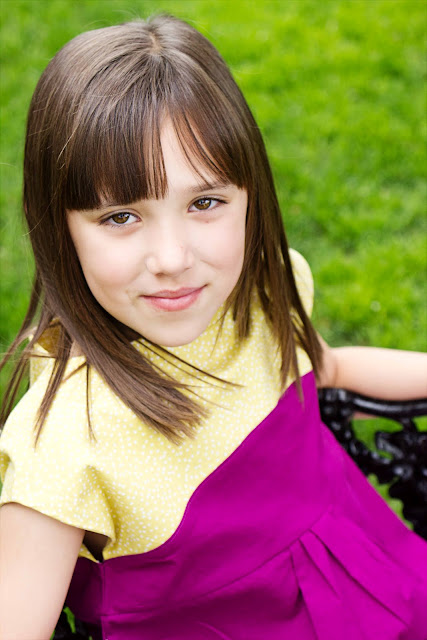 Abby in her Maggie Mae. She likes to pose herself lately, and has decided she doesn't like smiling in pictures. 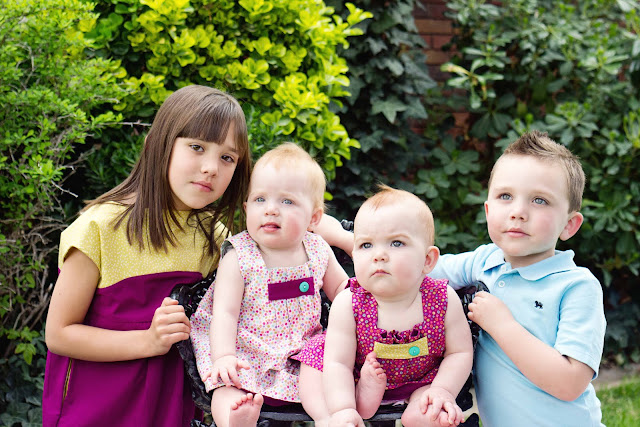 And this is the best I could expect with four kids... Happy Easter!
Posted by brittney at 10:50 PM